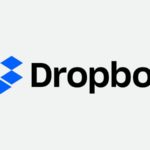 How to fix intermittent failure of multiple Dropboxes on Ubuntu

I noticed an off-and-on problem with a Linux server running two Dropbox daemons to update two different folders containing synchronized files from two Dropbox accounts. Often, at log-in, one or more Taskbar Dropbox icons would signal that its process was endlessly trying-and-failing to sync. Sometimes, I could fix this by stopping and restarting one or […]